I'm not a fan boy. I have a very healthy love-hate relationship with the three brands that I choose for my creative tools. Namely Canon for stills photography, Panasonic for videography, and Apple for photo development and video editing. These 3 brands have the capability of delighting me and frustrating me beyond belief in equal measure... As I prepare for a return trip to the UK, and my home city of Birmingham for The Photography Show at the NEC, I have to say for once I am excited about some of the cameras that Canon are finally getting out in to the market. I have been critical of Canon's desertion of the hybrid stills-video shooter market, after they originally created it with the Canon 5dmkii. Their high end positioning for 4K with the so called "Cinema" line has put their 4K products way out of reach for many an enthusiast and one-man professional shooter. Sony and Panasonic have jumped on this with much more affordable offerings, but with the caveat of different lens systems. Whilst adaptor work arounds are now the mainstream, for me when I am shooting wildlife, I just want one camera system and one set of lenses and the ability to flip a switch from stills to 4K.

With the launch of the Canon 1DX mkii, it would seem that the camera I have been wanting has now finally arrived. It is a shame that Canon still won't cascade 4K down to the successor of the 5Dmkiii, although I suspect that is coming later this year. I believe Canon will wait until they have healthy sales of the 1DXmkii and retiring the 1DXmki completely before bringing a more consumer oriented 4K stills-video offer forward.

When Nikon launched the D5 and D500, I wrote a blog that they had basically launched two game changing cameras. I still believe that. I even said to photographic friends that if Canon didn't get their a*ses in gear this year I would be switching brands. I can't keep going back to Africa with two camera and lenses systems in my camera bag. Not long after I made that bold statement, Canon announced the 1DXmkii.

I'm not a huge fan of walking photography shows and drooling over gear. I'm pretty much beyond that phase in my photographic journey. But I will admit there is a part of me that is hoping the 1DXmkii will be on display. I'd like to really get a feel for this camera, because I do intend to purchase it. And given the price it is a major purchase. But I don't need to justify it, because I've been waiting since pretty much the launch of the 1DC for Canon to address a more affordable offering for the hybrid 4K video-stills shooter. The 1DXmkii isn't cheap, but it is cheaper than the 1DC, and it does have the coveted 4K video mode (albeit with the usual Canon caveats!). This will be the one camera that allows me immense flexibility in the field to switch between stills and 4K video seamlessly.

There are a few 1DXmkii out in the wild. Vincent Laforet has put one through its paces for surfing photography, and closer to Europe, Andy Rouse has had one. Rouse will be giving a presentation at The Photography Show about his experiences with the camera. Interestingly, he has also been part of a promo video for Park Cameras (UK) which gives a good general overview of the camera. As with all camera reviews/endorsements, my advice is to take them with a pinch of salt. Solicit multiple reviews and opinions with any purchase of this magnitude. It's always better to actually try before you buy (including renting) to make sure the camera is really for you. I'd also advise against pre-ordeing one. I've had experience with pre-orders (another Camera brand) and getting batch 1.0 from the manufacturer to find a whole plethora of teething problems that have caused lots of headaches and a lot of wasted time with firmware upgrades, and arguments to get warranty fixes done. I think it is best to wait for others to buy and fully test the cameras and report back. If teething problems are found, you won't have to be part of the painful solution as a consumer! Subsequent models manufactured should ship with revisions to give you peace of mind when using the camera. Unfortunately it is the way of the world today that camera manufacturers will launch products that simply haven't been fully tested, and so they update and fix post launch. It is what it is. Be savvy about this. 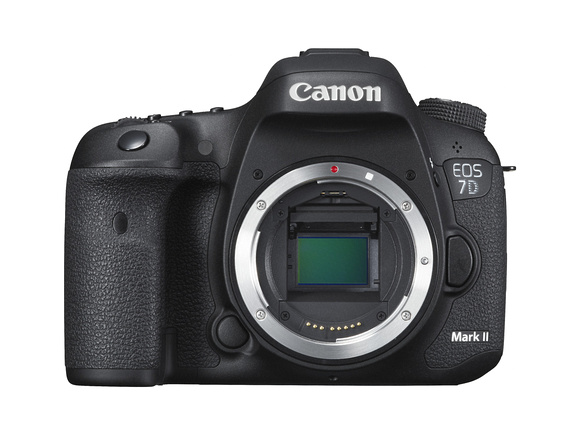 Another Camera I have been very surprised by is the 7Dmkii. When that was launched last year I was like, "Meh". It seemed underwhelming to me. As a 7D owner since 2009, I've worked with that camera for the bulk of my work and it's now seen better days. Whenever I pick the 7D up, the biggest frustration is the ISO performance in low light which at times is just unworkable. When I bought my 5Dmkiii it was a revelation in low light compared to the 7D. During my last trip to South Africa I was fortunate enough to shoot with the 7Dmkii. Now for those of you who aren't aware the 7Dmkii is an APS-C sensor as opposed to a full frame sensor in the 5Dmkiii. This means that images from APS-C cameras don't have the same level of depth of field, especially wide open, and overall have a slightly different image aesthetic compared to full frame cameras. After spending a week with the camera I was seriously impressed. This is nothing like it's predecessor the 7D. It has a new sensor, and the auto focus system from the 1DX. Even though I had the 5Dmkiii with me, on my last shoot in South Africa, 80% of my images were with the 7Dmkii. The main advantage of the 7Dmkii is the APS-C sensor which gives you an effective crop of 1.6X. This means that with the 100-400mm f4.5-5.6 lens, you have a 35mm focal equivalent of 160-640mm. For wildlife that is an incredible focal length range to have, but for birding it's an essential focal length range. I also played with the camera at higher ISOs and in low light. For me the Canon 5Dmkiii still comes out tops, which is normal given it is a full frame camera. However the 7Dmkii was miles ahead of its predecessor the 7D. I was very comfortable raising my ISO to 2000 on the camera and being able to easily treat the noise without any issue in Lightroom. The other aspect of the camera that really surprised me was the image aesthetic. If I look at images I've taken on my 7D versus my 5Dmkiii, there is really no comparison. Aesthetically the 5Dmkiii images win hands down. But when I did the same exercise with the 7Dmkii, for me the image aesthetic was well on par with the 5Dmkiii. After shooting with the 7Dmkii for one week I was very very impressed. If you are just starting out in Wildlife Photography, I would say that in terms of price point and the features the 7Dmkii packs in, you can't go far wrong. I am hoping that there will be a deal on the 7Dmkii at The Photography Show because I'd like to add one to my kit specifically for birding, taking advantage of that 1.6X crop.

Stay tuned next week where I will report back on my experience at the show and if I get my paws on the Canon 1DXmkii I'll share my thoughts.