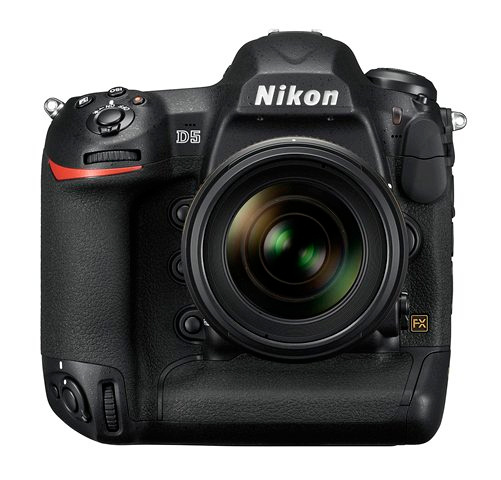 The new D5 launched by Nikon

It is rare I blog about camera technology. There are other websites that do that much better than I can. However, overnight, Nikon announced two new camera bodies, the D5 and the D500. I believe one of those cameras is a game changer.

Before I get going, let me state I am a Canon shooter. I have owned a 600D, a 7D, and now a 5Dmkiii. I also am a Panasonic shooter and have owned a GH3 and currently own a LX100 and a GH4. The question is why I have spread myself across two different brands?

Canon were the pioneers of video on DSLRs with the Canon 5dmkii. If I tell that story I will turn this blog into a rant. But fast forward from those early game changing days of hybrid stills and video and 4K video is now the acquisition technology of choice. It just is. People say you don't need it because little is broadcast in 4K but the bottom line is that as an acquisition technology, everyone is moving to 4K. If you want to sell stock video clips, the criteria is often stated "preferably 4K". There you have it in a nutshell. Canon's offer for hybrid-stills 4K video was the 1DC, a camera launched at $15000 which took a hefty price drop in 2015 and is now retailing around $8000. Meanwhile the successor of the 5Dmkii, the 5Dmkiii was underwhelming in terms of video performance. The 70D added a useful auto focus feature in video mode, but not much else. Canon have continued to saturate their DSLR line up with the 500D, 550D, 600D, 650D, 60D, 6D, 70D, 7D, 7Dmkii and so on. With all these DSLRs did the video capability improve? Not so much. Did they include 4K video. No chance.

So customers like myself who have a need in wildlife photography to shoot stills and 4K video have been left waiting and frustrated. It has been clear that since their first success with the Canon 5Dmkii, Canon have pretty much abandoned the DSLR-video hybrid market and focused on their pro end video business by segregating 4K video as a very expensive feature.

This is why I bought into the Panasonic system. It's far from perfect, but it is affordable, and with a few tweaks here and there the camera can be set up nicely to deliver a high quality 4K image. The downsize is the lens system; micro four thirds. The lenses are limited for choice especially at the long end, and with the micro four thirds sensor, your creativity is stifled though limited shallow depth of field. The stills capability on the GH4 still isn't for me. The aesthetic of stills from the GH4 just doesn't come close to my Canon 5Dmkiii. But the GH4 does come with a whole bunch of video friendly features; focus peaking, zebras, audio monitoring etc. All things still lacking on Canon DSLRs. You can use Canon lenses on the GH4 but this requires an expensive adapter from Metabones (other adapters are available!). It's a workable solution, but not as good as a native lens solution. I previously wrote a blog on mirror less systems for wildlife here.

What I have needed for nearly 18 months to 2 years is a Canon native lens DSLR that shoots stills and 4K video...under $4000. Sony have made leaps and bounds in this area with their A7Rii and A7Sii. Those are full frame 4K capable hybrid cameras, but again require buying into a new lens system or relying on adapters. I don't want to do that.

And the reason I don't want to do that is I want my kit bag to contain 2 bodies and 3 lenses maximum. Having 2 camera systems and two lens systems means more kit, which means more weight and more insurance when travelling. 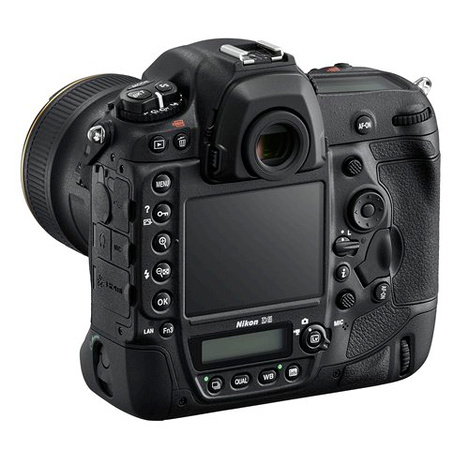 Nikon have just announced their high end D5 camera with an indicated price of $6500. The specs of the D5 are below:

With the D5 there are some caveats when shooting 4K and so it seems Nikon has added this to a D4 upgrade as a "nice to have" feature rather than a serious film making tool. Notably a 3 minute recording limit in 4K. That's ok for stock footage, but for interviews and other video projects it will be very limited.

But it is actually the Nikon D500 which I think is a game changer. Here is the presentation video from Nikon:

And here are the specs:​

The D500 can recorded uncompressed 8 bit 4:2:2 from the HDMI in 30/25 and 24 frames per second. It's a world camera!!! However there is also a caveat with shooting 4K on the D500 and that is that it records 4K as a crop. Already the D500 is an APS-C sensor and so has a 1.5X crop, and in 4K mode there is an additional 1.3X crop of the sensor on top of that. However this should allow a very robust and clean 4K image. The proof of the pudding is always in the eating and I will be keen to see some first 4K footage from the camera.

Nikon have release a showcase video shot in 4K on the D5 as an example. It's certainly a beautifully crafted piece:

Nikon have launched this at $1999. That's a APS-C stills camera on a par with Canon's 7Dmkii with 4K video included under $2000. Remember that the D500 will open up a whole range of creative possibilities with their wide range of lenses, including long telephoto lenses for wildlife photography and cinematography. The D5 is launched at $6500, so very much a high end pro camera, and the successor to the D4. But the D500 is really putting 4K to the masses and now giving Sony a run for their money in the more traditional DSLR space over mirrorless. I believe this camera will be as ground breaking as the Canon 5Dmkii was. It will once again democratise filmmaking at 4K and allow a whole range of photographers and videographers to shoot both stills and video. 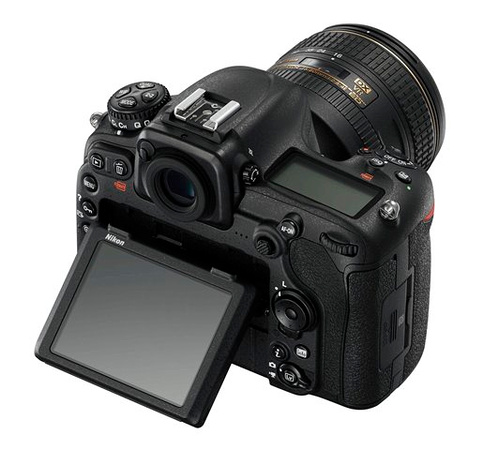 D500: A smart move by Nikon to include an articulated rear screen which video shooters love to use.

Nikon has long been Canon's number 1 competitor. Canon can no longer sit back apathetically. I suspect that Canon have something cooking for NAB 2016. I don't like rumours, but I've heard various rumours along the lines of a 4K capable DSLR in the 5Dmkiii space and a 1DX mark 2 with 4K included. I dismissed these rumours when I heard them. But now having seen what Nikon has launched, it makes me wonder how Canon are going to compete by not having a camera in the D500 or D5 space. I hope Canon wake up. It's time for a 5D stills camera (full frame) to have 4K video on it including 24 and 25p to make it a world camera and focus peaking and a headphone jack for audio monitoring. That's the minimum requirement now. As for pricing...well Canon can no longer play the "Cinema" line game and keep pricing high. Panasonic, Sony and now Nikon have made 4K affordable and Canon need to wake up that 4K is no longer a "professional" capability, but a mainstream consumer demand. They have to come in under $4000 for such a camera.

The next quarter is going to be interesting. If Canon don't deliver something by mid year, 2016 might well be the year I switch to Nikon. I'm done with Canon's marketing games between their cinema line and DSLR cameras. I invested in them and their system, and I strongly believe when they have customers locked in for a serious amount of money, they have a commitment to bring technology forward in a timely and affordable manner. To date they have been more than tardy. Let's hope in 2016 they finally catch up and make their customers happy again.

Oscar Fernandez(non-registered)
Superb specification. It looks great.
Ashley Lamb(non-registered)
Interesting blog Jon,but my impression is that Nikon intend to put 4K video across most
of their DSLR models.
These two flag ships are just the first to have Expeed 5 image/video processors.Nikon's
normal policy is to gradually put their latest version of Expeed into the other bodies
as they are updated,the D5500 and D750 replacements can't be far off and they will
be much more affordable than the flagships.
Nikon are also bringing out three compact one inch sensor cameras that can shoot
4 K video so they are moving to 4 K in a big way.
No comments posted.
Loading...
Subscribe
RSS
Recent Posts
2023…an update The Lumix 200mm f2.8 lens: when to use it? Having to work hard to get images The story behind the frame Minimalism - a trend for the current times Mes 9 meilleures images de 2019 (et premier blog en français!) The much overlooked Panasonic 14-140mm f3.5-5.6 lens A very personal blog: Mental Health and Photography. Dune fox success! Getting up close to dune foxes with the Leica 50-200mm f2.8-4.0 lens The search continues: dune foxes
Keywords
Photography Wildlife Nature Animals Africa Panasonic landscapes Lumix Birds wildlife photography
Archive
January February March April May June July August September October November December
© Jon Bryant Photography
Powered by ZENFOLIO User Agreement
Cancel
Continue