Whenever I am asked for recommendations of cameras or lenses, I always respond with a question: what type of photography are you doing? The answer to that question will always have the most impact on which choices of camera gear you will make. In the case of the 100-400mm f4.0-6.3 lens the answer is a relatively straightforward one. If you want an all round versatile wildlife or bird photography lens, which is both affordable and dependable, then this is the lens for you. Indeed it is a lens I have some sentiment around because it was the launch of this lens by Panasonic at the end of 2015, that began my journey to become a Panasonic Lumix Ambassador. It was a lens I had been waiting for in order to really start pursuing wildlife images with the Lumix cameras. I had the lens since 2016 and it has been the lens that I have shot most with since the past 4-5 years.

When the G9 was launched in November 2017, the 200mm f2.8 lens was also launched together with the 1.4X and 2.0X extenders. I have the lens courtesy of Panasonic. Yet I have not used it as much. That doesn't mean to say it isn't a good lens. You have to consider that every lens has a place in your kit bag. And you have to work out whether this is a lens that has a place in your kit bag. The reason I don't use it as much as the 100-400mm f4.0-6.3 is purely a question of weight. I would love to travel with them both. However, to carry both, adds weight to my camera bag, and this is something I want to avoid when I travel to Africa. In Europe, I tend to always default to the 100-400mm f4.0-6.3 because of the versatility of the focal range, and the fact that I shoot smaller subjects in Europe than Africa, notably birds. Thus I need that extra focal length. 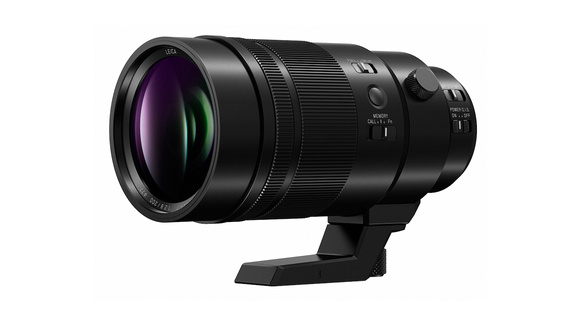 However, there is absolutely a place for the lens. The key is the fact it is a fixed focal length and aperture. With the aperture being at f2.8 this is an important specification of the lens. I recently spent time in a couple of specialist bird hides. It was mid to late autumn. The weather was overcast, and light was at a premium. The two hides I rented on consecutive days both had reflection pools, or sometimes known as "drink stations". Because light was at a premium not just at the start of the session in early morning, but throughout the day, I was struggling to get fast enough shutter speeds in aperture priority mode. Let's just hit the pause button...

Before we talk about why fast shutter speeds are needed, let's just remind ourselves of why it is best to shoot wildlife in aperture priority mode. It isn't the only mode we can use, but aperture priority mode is what the majority of wildlife photographers use. The principle is simple: you select your aperture. The camera then selects the shutter speed as a function of the sensitivity, therefore ISO setting. This means as the photographer, you take creative control by choosing the depth of field you want to shoot at (hence the F stop you choose), and then by adjusting your ISO (up or down), the camera takes care of the shutter speed. The higher the ISO the faster the shutter speed the camera selects to compensate for getting the right exposure. The advantages of this for the photographer are, you only need to monitor your ISO and exposure compensation. You don't have to worry about aperture and shutter speed and balancing these two as you would shooting in manual mode. It gives you less to worry about, and allows you to concentrate on what is often fast moving action with wildlife.

However, there is a downside with shooting aperture priority mode, and that is shooting in low light. When you have low light conditions, you have to push the ISO to be able to get fast shutter speeds. Now, a fast shutter speed is desirable if you want to freeze the action and get a sharp image. A slow shutter speed maybe a creative choice if you want to do a motion blur, or panning shot with the effect of movement. There is no right or wrong answer as to which shutter speed you chose. However when I shoot small birds from a bird hide, I want fast shutter speeds to freeze movement and get sharp shots. If I was out in the open and was photographing large birds of prey, I might try and do a motion pan at a slower shutter speed. But for bird hides, your ability to pan is limited from a fixed position. And in any case, small birds move at near light speed...I exaggerate for effect. 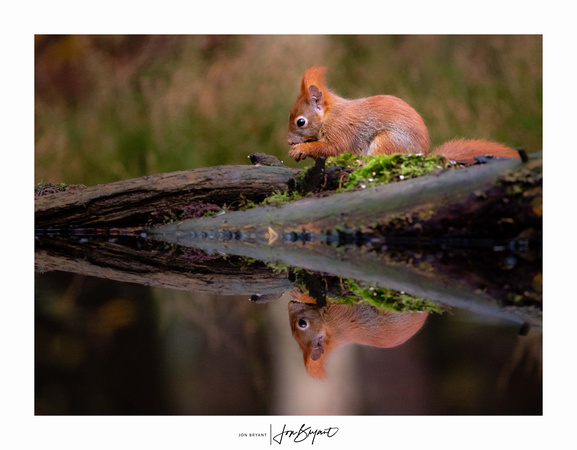 So back to my bird hide sessions: light was low, it was cloudy and overcast, and the hide had a glass window, restricting the natural light even further. You expect towards midday, your shutter speeds increase as there is more light. But in late autumn and winter, you can forget this theory! All day I struggled for light. And with the 100-400mm f4.0-6.3 lens, when I am at 400mm, the lowest available aperture is f6.3. There were times at ISO 1600, my shutter speed was as low as 1/40. This made conditions for bird photography extremely challenging. I did go to ISO 2000, but I don't like going higher as it introduces too much noise into the final image. 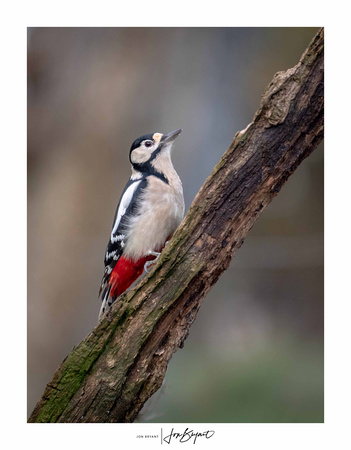 This is where the 200mm f2.8 lens comes into play. From a fixed position such as a bird hide, you are gaining about 2 stops of light at 200mm compared to the 100-400mm f4.0-6.3 lens. You also gain a little with the minimum focal distance, and so subjects that come closer to the hide are easier to focus on. This also allows you to manage ISO, and thus the amount of noise in the final image. Shooting with a fixed focal length requires you to anticipate the composition and framing more than with a telephoto or zoom lens. But the results are well worth it. At f2.8, you won't have too many depth of field challenges given this is a micro four thirds system. Focusing on the head or the eye of the bird, most of the body will be in focus. It only depends on the angle of the birds wings, body and tail as to whether focus drops off further down the body of the bird, but this is more than acceptable for a portrait image. 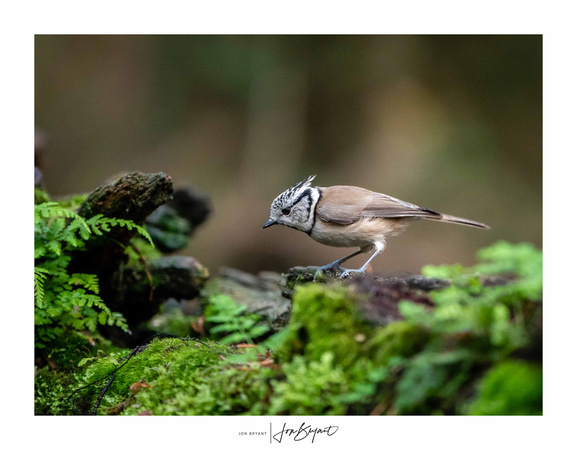 During both bird hide sessions the 200mm f2.8 lens effectively saved me. Without it, I would have wasted my days. I would have been fighting high ISO, low shutter speeds, and blurred images with noise in them. In the end, at f2.8, I was often at ISO 1600, with shutter speeds of 1/100 to 1/400. This is more than acceptable if you have good camera craft and can anticipate the birds movement and pick your shots. 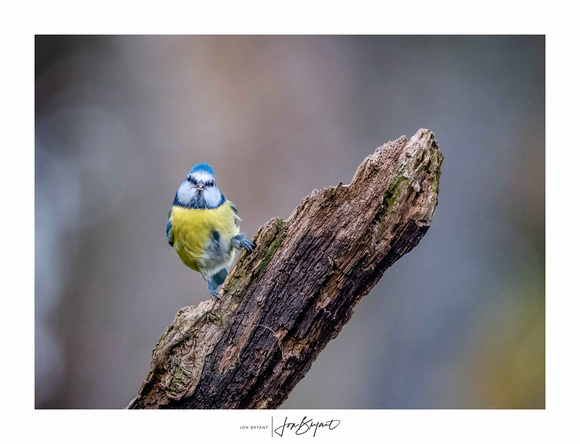 To finish up this blog, let's address the second question. Is one lens sharper than the other. To my eye the answer is "no". Sharpness isn't just determined by optical quality. Sharpness of an image is determined by how you shoot; handheld or with a tripod. And whether you are using IBIS, OIS, or introduce camera shake. It also depends on shutter speed. If you look at optical tests there may be a difference. But in the field use, I would argue that the difference is indistinguishable. I would always argue to focus on your camera craft to make sure you are getting the best quality images possible independent of the camera or lenses you are using. 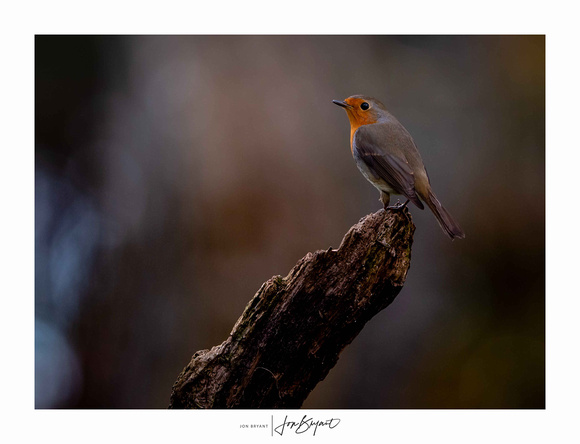 Someone once said "a bad workman blames his tools"