Biting the hand that feeds you 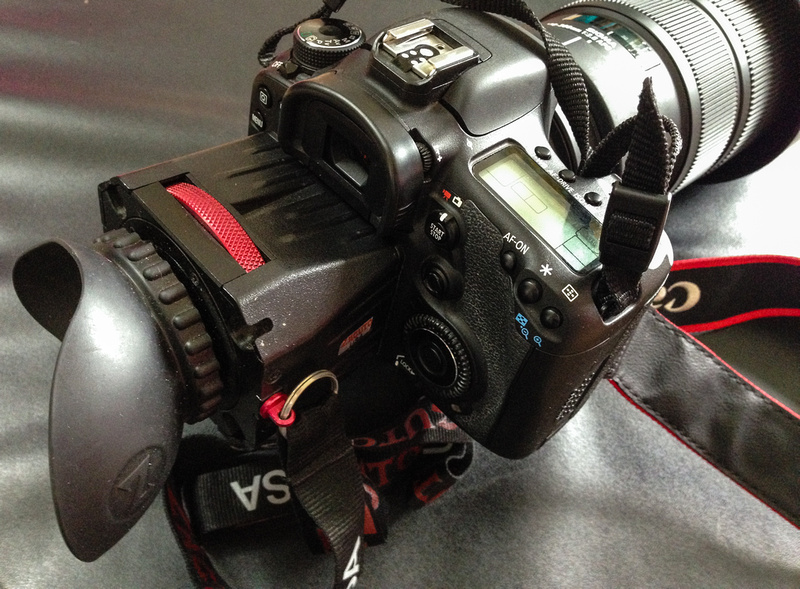 In chatting with a fellow photographer about recording audio when shooting video on a DSLR, I was reminded of an experience I had some years ago when the video-dslr movement had started to take off (around 2009). I wanted to find some educational content on how to record audio when shooting video to share with them, and this brought back memories of an experience I had.

When Canon released the 5Dmkii it allowed filmmakers and photographers to shoot cinematic style video. It was a game changer. Professional quality looking video was available in a $2000 package. It created waves in the industry.

There were professional video shooters who were adopting the technology very quickly and realising that there were many caveats to getting video enabled DSLRs to work on professional shoots.

There were amateurs who were buying these cameras and suddenly creating amazing looking, cinematic, independent productions.

These two worlds were about to merge and the lines between amateur and professional became blurred fairly quickly.

But because making the most out of shooting with these video-enabled DLSRs required some camera craft, not all of the amateurs using these cameras were able to get to grips with them quickly or sufficiently well. Some professionals in the industry saw an opportunity: education.

There were suddenly a lot of educational offers on the market, in many different guises. I bought into one, a video training series. The brains behind the series was a professional filmmaker. He'd identified the opportunity and put the production in place for this educational series of videos. After I'd bought it I was an advocate. It was a great video series and well produced. It was a huge help to me and the quality of my own video productions improved significantly. The dslr video filmmaking community was relatively close-knit at that time and I was advocating the video course I'd bought. I was saying good things about it, and the person behind it.

The video-enabled DSLR filmmaking revolution continued and created a filmmaking 'democratisation'. Amateurs were turning pro. Professionals were ditching traditional video cameras and seeing the value in DSLRs and they were charging clients more money as a result.

Many pro's were sharing their experiences through social media, blogs, websites and video webcasts. A small concentration of filmmakers had become recognised experts in DSLR filmmaking and had quiet a following. The brains behind my educational video had also built a series of DSLR filmmaking workshops and was specifically targeting amateur filmmakers looking to increase their skills and knowledge.

This professional took part in a webcast video that I watched. I was considering paying to attend one of his workshops (they weren't cheap!) and so I decided to watch the interview live as I wanted to learn more about this professional and understand a bit about them.

It was during this interview he made a mistake.

During the webcast video the interviewer asked him a question about the impact that video-enabled DSLR cameras were having on the industry and the fact that filmmaking was becoming more accessible and democratised beyond professionals.

His answer was that the amateurs now turning pro and now working as independent filmmakers would never be able to match the production levels of a professional, and that much of the independent work being produced lacked quality.

This answer simply wasn't a true reflection of the reality of what was happening in the industry. Many newly turned pro's and independents were producing incredible work and it was being viewed extensively on video sharing sites for all to see. On another social media video this "professional" had said that as a result of one of his workshops some amateurs had turned professional and were charging clients "$'000s a video" based on what they had learnt with him. He was telling his target audience that he was the guy that could help them turn pro and create a business.

With this one statement he'd basically trashed a large percentage of his target audience: amateur and enthusiast filmmakers. He was totally contradicting himself. On the one hand he was ready to take money from the small guys trying to make a step up in the world looking to attend his workshops, but on the other was saying how their work would never be as good as the pro's!!!

This "professional" clearly wanted to protect his own business and client value without understanding he had another target customer audience he was pulling revenue from. That very customer base he had been targeting was now being perceived as a threat and he made the mistake of trashing the work that group were capable of producing. However, this didn't stopping him from pitching his workshops to that target customer group.

It was just stupid business practice.

The result was I didn't sign up for  his workshop.

I also no longer advocated him and his courses or methodologies, including the one I'd bought.

His actions and behaviours through social media streams were poorly thought through and lacked an understanding of his own target market. He'd let his ego and status as a professional get the better of him. He felt threatened that his own video production business was at risk and prices might fall by new entrants coming into his market. These new entrants were the very market he was targeting with his workshops.

He was biting the hand that fed him.

It was stupid, just plain stupid.

What I learned from that experience is that real professionals tend to get on with things quietly and deliver an outstanding customer experience. Professionals think things through and understand the impact their profile and behaviour has on their business, brand, reputation and credibility through every stage of the buying cycle, from consideration to purchase through to advocacy. Professionals understand the importance of prospective clients, current customers and historical customers in equal measure. 92% of customers trust recommendations from people they know [1]. A word of mouth recommendation is the primary factor behind 20-50% of purchasing decisions[1].   So as a professional, how you treat historical customers is just as important, if not more so, than how you treat prospective customers. Statistics will tell you it takes an average of 7X more cost to convert a new customer than retain an existing one [2]. Existing and historical customers are low hanging fruit. Treat them well, they'll repeat purchase. And they'll probably advocate to others. However 68% of customers leave a company or brand because of the treatment they have received [2]. Worse, if you behave in a way that looses a customer, you are more likely to push them towards your competition. Not only will they potentially become an advocate for your competitor....they won't be saying good things about you along the way either.

It is easy to think that with the social media we have at our fingertips, we have all the tools necessary to become marketing savvy and present ourselves, our business and our brand to prospective customers. But if you take to the airwaves with agendas, gripes, or worse saying or doing something that negatively impacts even one customer....you need to seriously rethink your business practices. At the very least you come across as inconsistent and lacking credibility. At very worse you are loosing customers.

In whatever business you are in, it never pays to bite the hand that feeds you.