Winter this side in Northern Europe for the most part has been a mild and wet affair. We've had a ridiculous amount of rain fall in December and January, and temperatures that have stayed north of zero. The past few weeks we've seen the clouds move on and cold fronts come in. With the lack of a real winter season this year its felt like a long long winter. And on this day - the 29th February - a leap year, my thoughts are happily turning to warmer spring weather already!

Keeping the camera skills sharp is important. The town where I live has just set up a photography club. Friends of mine are founding members and I decided to jump on board. In all honestly with the current projects I have on my plate this year, finding time to spread my wings into other genre's will be difficult. But I decided to join the club because I felt I could benefit from it. First I think that I can learn from others independent of photographic experience. I've seen that already with many club members having an incredible amount of creativity and creative vision. Second, I think I can contribute to others who want to learn more about camera craft and post processing, where I have the most amount of experience. 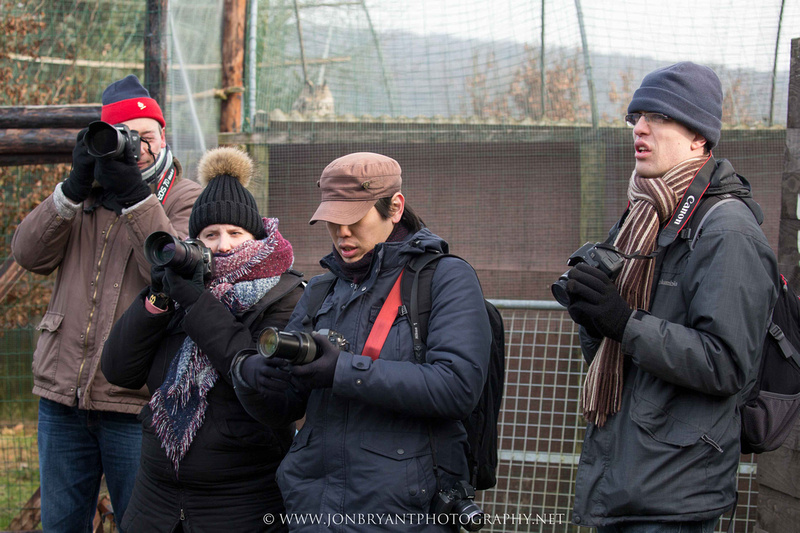 A few of our photo club members, wrapped up warm and taking aim at a Kookaburra.

Every month the club has an photography day, an outing to an agreed event, or place and a photographic theme. I've been a little spoilt already as two of the themes have been around animals and nature and this was the case with yesterday's outing.. Some members of the club hesitated with this outing. I think the idea of wildlife photography still conjures up ideas of having long lenses and expensive equipment. Prior to the outing I did my best to reassure members based on a previous experience I had at the International Birds of Prey centre in the UK. I shared my gallery of images from that experience, and I explained that I had just a 70-200mm lens with me which I used for both portraits and the flight demonstration without any issues. I also reinforced the point that it wasn't the equipment that was important but the way in which we as photographers used our current cameras to create images. Some of the group are into macro photography and I encouraged them to think about the finer details with birds to focus in on things like eyes, beaks, talons and feathers. Despite sub zero temperatures, we had a great turn out, heading south to the Ardennes to an Owl/Birds of Prey centre, there were about 25 of us present.

These types of centres are great practice grounds for wildlife photographers. Some will argue "it's not wildlife, they are captive animals". At the end of the day, these animals are wild, but live in a controlled environment. Of course they aren't truly wild and free, but for me they represent species that are wild. For those of us who don't have an abundance of accessible wildlife these centres offer a great day out, much needed shooting practice and a lot of fun. Not that it matters one bit, but if you are interested I had the 5Dmkiii with the 100-400 f4.5-5.6 mkii, and the focal length on a full frame was more than adequate.

The day consisted of a first session shooting portraits of owls, buzzards and hawks. The handlers introduced us to the birds and we all flocked (sorry for the pun) around eagerly taking images. One of the things I try to do in my own photography at these centres is to create the feeling that these birds are in fact wild. Why? Because I think that creates a challenge in itself in how to frame a composition and the timing of when you take the image. You don't have the luxury of creating an image of an animal in its environment, so you have to think outside the box. 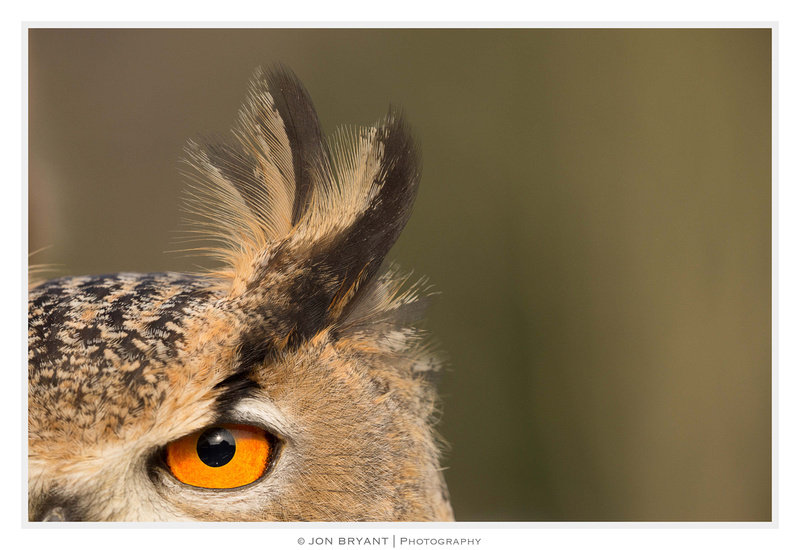 A stunning owl, time to look for something a little different than the conventional portrait.

After the first session we retired to the cafe for a much needed hot drink, before heading out with 3 owls to a woodlands area. This was the first flight demo. despite it being mid morning, cloud had rolled over and the light had gone. I was pushing ISO 2000/2500 and still getting inadequate shutter speeds for birds in flight shots. This meant I had to be very selective. I did come away with a couple of shots I am very pleased with. 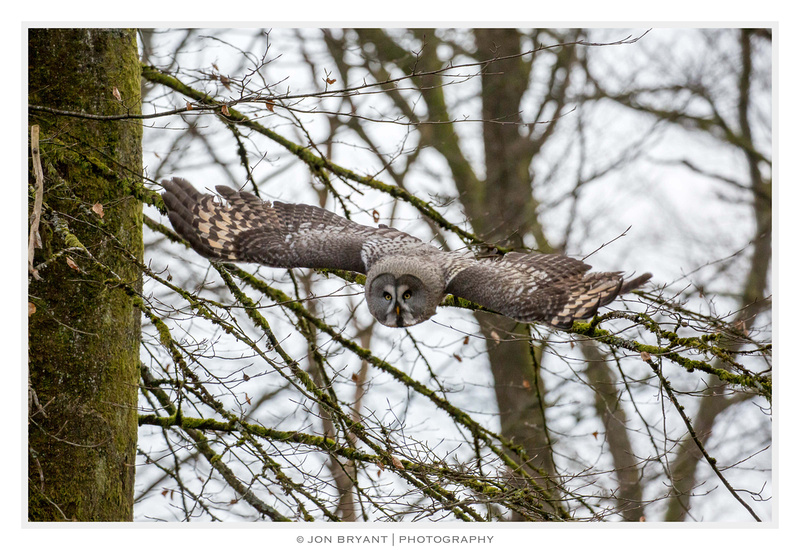 A grey owl just taking off. Timing was critical for these types of flight shots when the owl is reading directly towards you.

The big challenge with flying owls or birds of prey are the talon leathers, or even radio transmitters. This immediately tells you that it's a captive bird. There are certain flight positions where the owl's talons go up, and that's when they launch off a perch or a branch. After that, in mid flight, the talons come down and you see the leathers. So timing the shot is key. 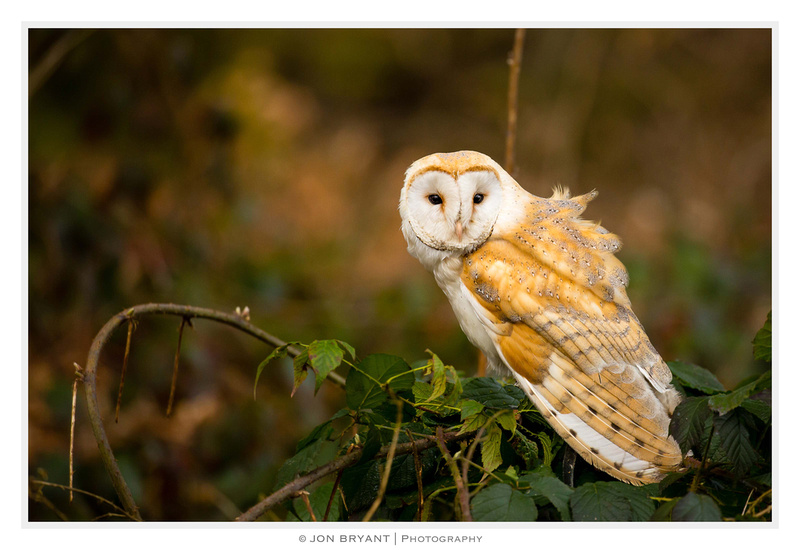 A barn owl named "Stella". At just 480g in weight, with a wind she had to work a little harder during the flight demo.

After this flight demo, we retired again to the cafe to defrost and have a bite of lunch before heading back out to another flight demo this time with Kestrel's. Kestrel's fly crazily quick and for me I just couldn't pick them up in my lens quick enough to get a shot. The handlers brought out a bigger bird, this time a red-headed vulture. However, this one didn't want to go very far from his handler and so that made flights very short and not very high! We then moved to another area where we were able to witness and owl flight demo. This was a lot of fun to watch, especially the barn owls, which at just 480g in weight and with a reasonable wind on the day, struggled to get any air speed. For most of the photographic group this provided a good opportunity to get shots in flight. 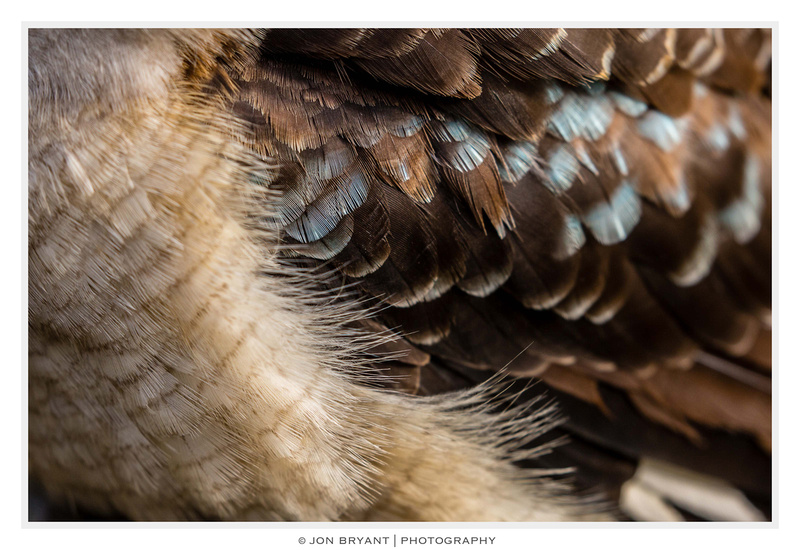 Being able to spend some time with different birds meant going beyond portraits and looking for details. I loved the blue flecks in the feathers of this Kookaburra.

The final flight of the day was a yellow headed caracara. This was a native South American bird and as he walked out his cage without any tethers on his talons I was amazed to watch how this bird was so relaxed. He put on an incredible flying display and rarely wanted to come back to the handlers for a food offering. Instead he seemed happy to do some wide loops before landing on the two perches on offer before heading off again. His flight speed was good, but direction was a little unpredictable, especially with the wind. Even so, he gave me one of the best shots of the day. 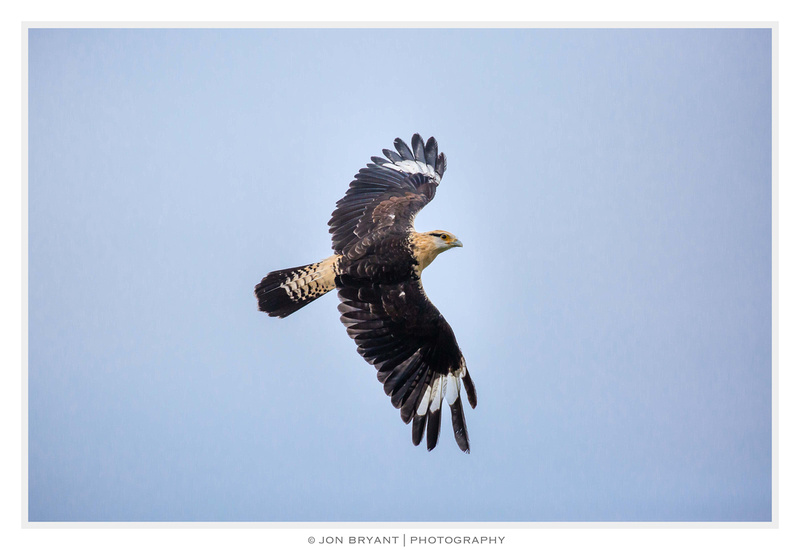 One final shot of the day, a yellow headed caracara.

Despite the cold, it was a great outing and one that reaffirmed my passion for all things wildlife, nature and outdoors. Belgium may not be the centre of the universe as far as wildlife is concerned, but its great to make the most of what we have on our doorstep.