Mirrorless: A viable option for wildlife photography? 3 years on...

3 years ago I wrote a blog about my second safari experience and using the mirrorless Panasonic system (GH3 at that time) on safari mainly with the 100-300mm variable aperture lens.

Back then, I was using my Panasonic GH3 as my go to for video work. And it was a fabulous camera to use for video. Where I was struggling was with the lens options for wildlife photography. The 100-300mm lens (the longest focal range at that time) from Panasonic had a number of issues for me. I don't know if I just happened to have a lens with a problem, but the lens didn't seem to want to image stabilise with the camera. This meant that 3 years ago, I used the mirrorless GH3 almost exclusively for video and some stills when the 35-100mm f2.8 lens (70-200mm full frame equivalent) was good enough to shoot wildlife depending on the proximity of the sighting.

After my recent visit to Photokina in my role as Panasonic Ambassador, I decided to revisit the question: "Mirrorless: A viable option for wildlife photography?".

So what has changed in those 3 years to make me start shooting stills with the GH3's successor the GH4? Well there are two main reasons:

Without doubt the release of Panasonic's 100-400mm f4.0-6.3 lens at the end of 2015 has been a game changer in my mind for the Lumix system for wildlife photography. 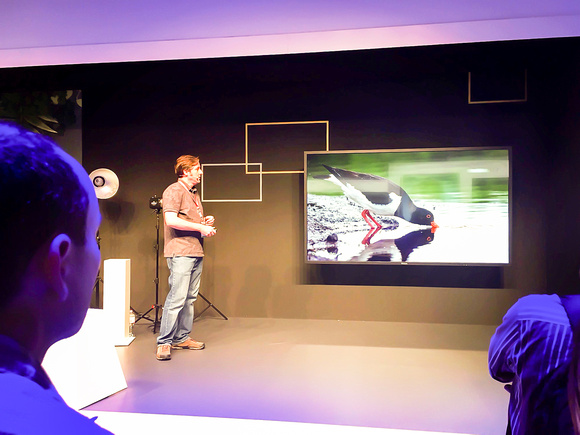 My photo talk at Photokina for Panasonic focus on bird photography with the 100-400mm f4.0-6.3 lens.

At the Panasonic stand at Photokina I gave a daily talk on European Bird Photography and I talked about this lens having 3 incredible features:

This lens has not only unlocked the potential of my GH4 for wildlife photography, but for a whole range of Lumix cameras (GX8, GX80, G80, G70 etc). Remember that this lens retails for under €2000. That's a full frame equivalent focal range of 200-800mm for under €2000. And the glass is from Leica, so it's a lens of the highest quality. You cannot get anything close to that, for that price with brands such as Nikon and Canon. This lens for me has pretty much democratised wildlife photography to a whole new demographic of consumer that may have simply not had the budget to outlay on kit required to get a foothold in the genre. The Lumix camera systems use the micro four thirds lens standard and so other brands with micro four thirds can use the Panasonic lenses. It has been this lens and the potential to push the boundaries of the Lumix cameras that led to my relationship with Panasonic. 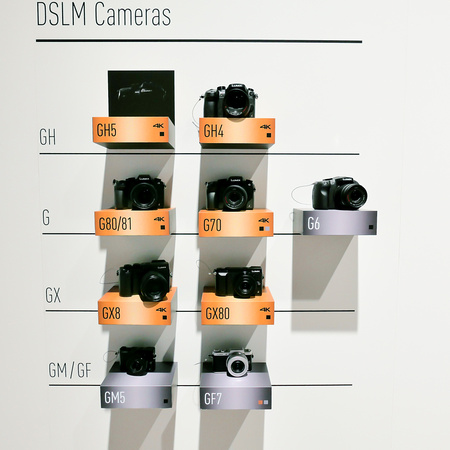 Talking with other wildlife photographers I am often confronted with some stereotypes and myths around the mirrorless/micro four thirds system, here are the most common ones:

Let me address these one by one....

"That's not a professional/high end camera"

Really? If you hear that from any photographer then there is something clearly wrong with their photography. Cameras are tools. Put any tool in the hands of a master craftsman/woman and they will make it sing. Same goes for a camera. The images taken from a camera are only as good as the photographer looking through the lens. Whilst I agree that brands such as Panasonic/Lumix, Olympus, Fuji etc may not have the same perception in the professional/high end as Canon and Nikon, I can tell you from personal experience, that this is nothing but a misconception.

False. Take a look here at all the micro four thirds lenses available. There are plenty of choices, including third party brands, which cover almost all genres of photography, from primes through to zooms. Panasonic have just announced a lens roadmap in partnership with Leica which means in 2017 things will only get better. The road map has already delivered a 12mm f1.4 prime this year. And the announcement of three new lenses in the line up should have wildlife and landscape photographs salivating at the prospect: 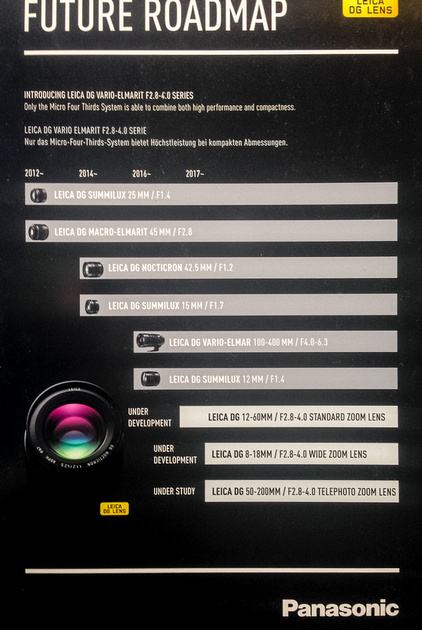 "It has a smaller sensor and so image quality is less"

Yes, micro four thirds mirrorless cameras have a smaller sensor compared to APS-C and Full Frame sensor cameras. But does that mean that the image quality is worse? Let's take an objective look of two images I've taken from the GH4 and the Canon 5Dmkiii: 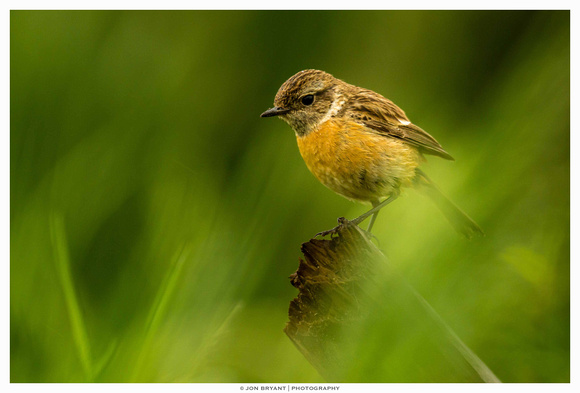 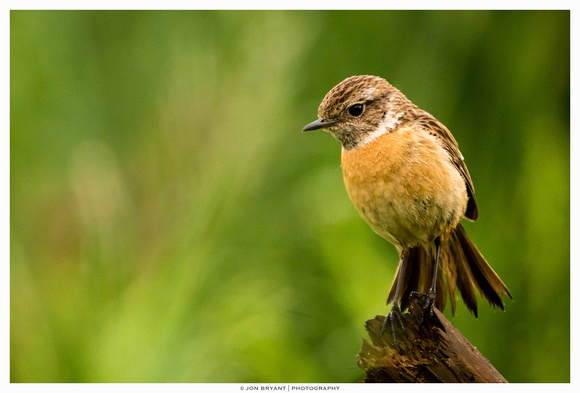 The aesthetic of the two images are indeed different. But this is completely normal given the difference in colour science of the two brands, and of course because with the Canon camera you have a much larger sensor than the Panasonic camera. But in terms of image resolution and detail, you'd be hard pushed to tell me that the image from the Panasonic camera is of lower quality than from a full frame camera. For me the image quality is extremely good given the smaller sensor and form factor of the camera. Furthermore with the extra focal length I am able to get closer in on the subject which is really important for bird photography.

Nonsense. Any photographer who quotes this to me, is admitting to me indirectly that they do not have an understanding of the impact that subject separation has on depth of field. The other one I get is "the lens is variable aperture, I really need a constant aperture lens to shoot wildlife". Again, total nonsense. In order to be in creative control of your depth of field you need to have a in-depth of understanding of the relationship between aperture, shutter speed and iso when shooting in Aperture Priority mode. If you aren't shooting your wildlife in aperture priority mode, my tip of the day is to go google it and change the way you are shooting your images. 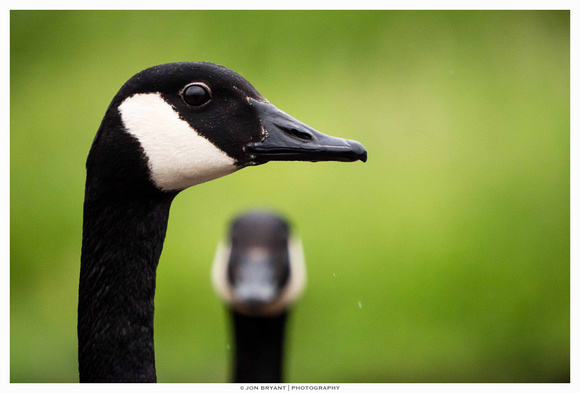 Canadian geese: understanding the impact subject separation has on depth of field is the more important than the f stop. This was shot at f6.3!

See the Canadian geese image above. This was taken on a cold and dark day in Belgium with poor light. I shot this image at ISO 2000. When I used my Canon 5dmkiii in Africa in low light conditions, rarely would I shoot above iso 2000. Nuff said.

Is it the perfect camera system?

No! But I don't think there is any brand that is delivering a perfect camera system. It's horses for courses and there will always be trade offs to be made.

However, this year in my role as Panasonic Ambassador I've been shooting 90% of my time in the field with the GH4, the 100-400mm f4.0-6.3, 35-100mm f2.8, and 12-35mm f2.8 lenses. During this time I've been shooting far more stills than video...which wasn't the case 3 years ago with my GH3. The image quality I am getting is outstanding for a camera with such a small footprint and form factor. I've set the GH4 up for stills in a way that I would shoot previously before becoming an ambassador, with my Canon system and I am left with almost no compromises in terms of shooting style and ergonomics. I've found my photography to be liberated from weight. I can carry 4 lenses, one body, filters and a tripod at a fraction of the size and weight if I were to be shooting with Canon kit. This is an important factor especially for landscapes where every gram on a hike counts. And for long haul trips when I travel to Africa, there are no headaches with hand luggage allowances. At fast enough shutter speeds I am able to shoot wildlife handheld without any camera shake issues due to the light weight of the system. Panasonic's 4K video capability and ground breaking 4K photo mode mean more importantly I make no compromises between video and stills. I've been in the field and confronted with incredible sightings, such as a lion roaring where I had to make a call to video it or take still images. One or the other. That was a trade off I always felt uncomfortable making. Now with Panasonic's 4K photo mode, I just have to hit the record button, capture glorious 4K video and I'm able to extract an 8MP still image from the resulting clip. At Photokina in September, Panasonic announced the pre-release of the GH5 which will have a 6K photo mode, which will allow an 18MP still to be extracted from the 6K burst. 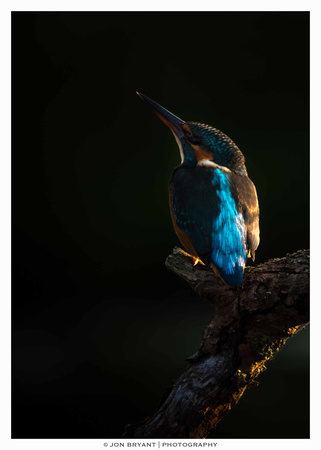 This is a camera system that continues to grow. That's an important statement I am making there. Growth. That means Panasonic are listening to their users, the customers. They've shown that previously when they launched the GH4 to supersede the GH3. With the announcement of the GH5 the direction is becoming more and more exciting. The announcement of the Leica lens roadmap also shows a commitment to the types of focal lengths that professional photographers have come accustomed to using.

3 years ago, I had no doubts that mirrorless cameras were delivering incredible moving images from their video capability. But I did have doubts and frustrations (hence my original blog) that they would deliver an "all in one" package I needed to shoot close up wildlife with wildlife photography focal ranges and incredible video quality. 3 years on, my doubts have completely dissolved. And I'm not writing that because I became a Panasonic Ambassador, I became a Panasonic Ambassador because I saw the potential for wildlife had opened up and the landscape for mirrorless has completely changed. Not only can I get 4:2:0 8 bit 4K from the GH4, I can get incredible close ups on difficult subjects such as birds, which has been my focus this year. In 2017 the launch of the GH5 is going to maintain that incredible still image quality with creative tools such as 6K photo and 4:2:2 10 bit internal 4K recording that is broadcast approved. The future is incredibly bright and exciting and I'm pleased I can play a small part with Panasonic in pushing the boundaries for their Lumix mirrorless systems in the Wildlife genre.