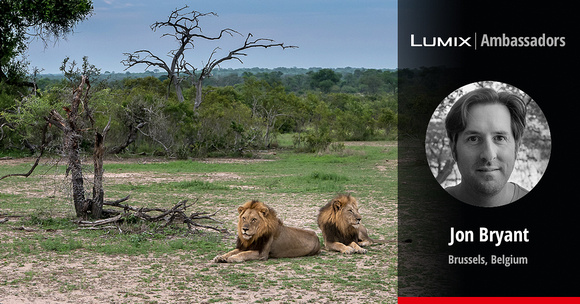 It is with great pleasure that I am able to announce that I am now a Panasonic Lumix Ambassador.

For those of you that have followed my photographic journey and this blog you will know that for a number of years now I have been using Panasonic cameras to shoot HD and 4K video. In fact I have been using Panasonic video cameras since the year 2000 when the world was shooting in SD! My very first camcorder was one that I bought when I first arrived in Belgium and I wanted to document my new life in Europe and the travels that I embarked upon.

In 2009/2010 I bought a Panasonic GF1 camera which I still own and use, and even though Panasonic have superseded it and discontinued it, I love it. It is probably one of my favourite cameras. It only shot 720p HD video. But the interchangeable lens and the fact it had a intervalometer connection meant I could use it for timelapse. The GF1 was my default travel camera.

In 2011 I was in Japan and at Yodobashi camera in Tokyo. I was ready to buy the Panasonic GH2 but the sales person in the store told me that the camera menus were in Japanese and Japanese only. That stopped me from buying one. By the time I was ready again to purchase Panasonic had launched the GH3 which I bought at the end of 2011. Since then I have been shooting video with the GH3 and then I traded up to the GH4 in 2014 in order to move to a 4K acquisition work flow. 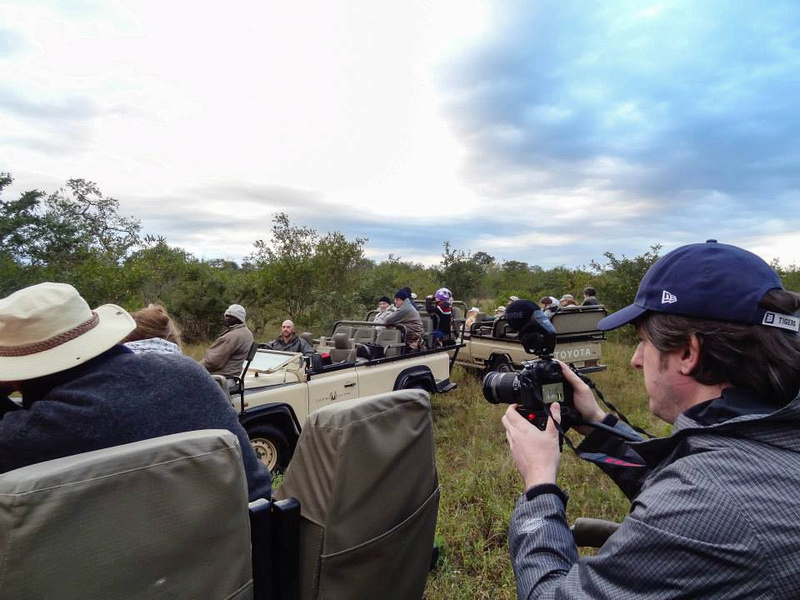 2013 was the year that I started to do more and more wildlife stills photography. The past 3 years have seen me regularly travel to South Africa, and I have taken both the GH3, GH4 and of late the LX100 to shoot both HD and 4K video. The one element of the micro four thirds camera system that was holding me back from shooting stills was the lack of a native telephoto lens. And this frustrated me a lot. Why? Because I loved shooting 4K video on my GH4 and I wanted one camera system that could shoot 4K video and stills in a very simple package. Without the telephoto lens, I was unable to really unlock the potential in the wildlife genre. For 4K video there are various tricks and work arounds, like taking advantage of the crop factor on the sensor and also cropping in on subjects in post production. That meant for 4K video a 70-200mm (equivalent) focal length was more than enough. But for stills there was a need for a focal length equivalent >200mm. Various adapter solutions existed but for me I was looking for a native micro four thirds solution for simplicity and ease of use when travelling and on safari. In the back of a moving vehicle you want to minimise time spent switching lenses. You want to have your camera at the ready to capture the action! With travelling to Africa the other inconvenience faced was that airlines continue to reduce hand baggage allowances more and more. Every kilo counts! With the Panasonic GH4 and LX100, I've never had to worry about hand luggage weight. At the end of last year when Panasonic announced the 100-400mm f4.0-6.3 lens suddenly things changed. This was the product release I'd been waiting for and I was really excited at the prospect of being able to unlock the potential of the GH4 not just as a 4K video camera but as a wildlife stills camera too.

At the end of March I started to discuss with Panasonic the potential to collaborate with the GH4 and the 100-400mm f4.0-6.3 lens with a view to showcasing the camera systems potential in the wildlife and nature genre. After many discussions I was excited that Panasonic showed a keen interest to position their products into the wildlife photography genre and they were excited about getting me on board. I've been so impressed that Panasonic have listened to my experiences to date with their cameras and systems, and have taken them on board in a really constructive way. I feel excited that I can provide input and explore the possibilities to create wildlife imagery with Lumix products. I think that we both feel there is a very good fit and we are very much looking forward to working together.

So what does this mean going forward?

Well obviously as an Ambassador I will be working primarily with Panasonic Lumix products. But as a wildlife and landscape photographer I also have other tools available to me that I may chose to use depending on the project, assignment or type of photography that I am pursuing. Panasonic have been very fair in recognising that need with Photographers. It is therefore important that with any blog, vlog, review or gallery I publish, that I disclose my use of those camera systems and tools (whether they are Panasonic Lumix products or other brands) together with an ethics statement so the readership of my website is fully aware of my point of view and perspective and can take that in to full consideration. Obviously my historic wildlife portfolio has been shot with another camera system and I will be sure to highlight that when I share those images going forward via photo sharing platforms or social media. The majority of my website galleries were shot not on Panasonic cameras for the very simple reason that for wildlife the 100-400mm lens did not exist until very recently. Does that mean my portfolio and work to date ceases to exist or be relevant? No! It means I start on a new exciting phase on my wildlife photographic journey.

I've been out shooting recently with the 100-400mm lens that Panasonic have been kind enough to loan me. It has been great to get my hands on it and take it down to my local testing ground; my local lake! With the warmer spring weather I've been able to take the camera with me and capture nature at work. The coots at the lake have been nesting and I've been documenting their hard work in building and protecting their nests, defending their territory, feeding their chicks and keeping them in order! I'll be writing another blog very soon on my experience and coot 'case study' with the 100-400mm lens, so stay tuned.

Robert Smith(non-registered)
Thank you for sharing this article.
Damien Lair(non-registered)
Hi I'm Damien videomaker and photographer at Montreal Canada and I would like asking you how to be a panasonic ambassadors?

here is my work
https://youtu.be/ZhLxkK6gXec