When the Lumix G9 was launched back in November last year it boasted some flagship features which were designed with the wildlife photographer in mind. I recently booked a hide and took the G9 and the 200mm f2.8 lens with me to test out the feature with a specific goal in mind...

June and July is little owl season. These are incredible birds and one of my favourites to photograph. The window of opportunity to photography them is relatively short. The adults give birth, and then the young start to fledge and within a space of 2 months the fledglings have left the nest and are gone. So there are only a certain number of available days to photograph them and they are more active early in the morning of late afternoon and evening. 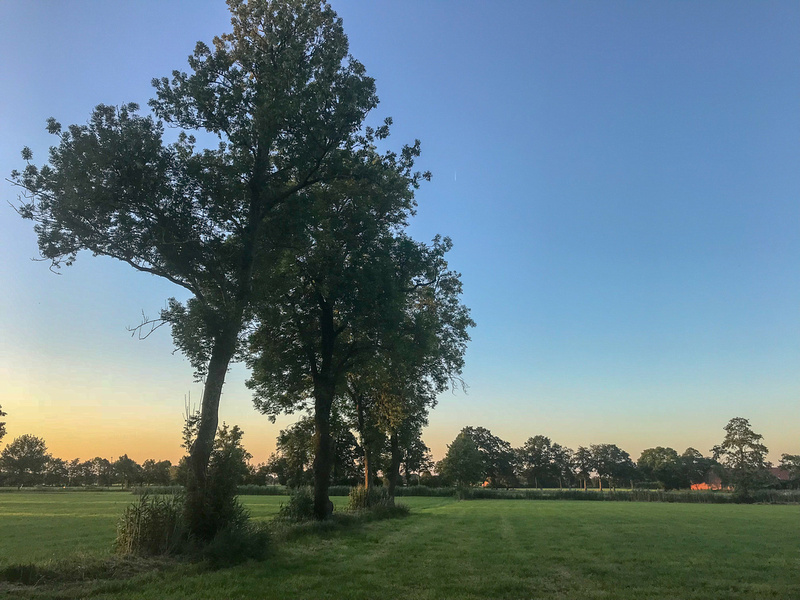 The little owls nest is in the middle tree of the three trees shown in this iPhone photo. The fledglings would fly down to the base of the tree and wait for Mom to come in with food. This would be a repetitive cycle and allow good photography as the behaviour is easy to anticipate. 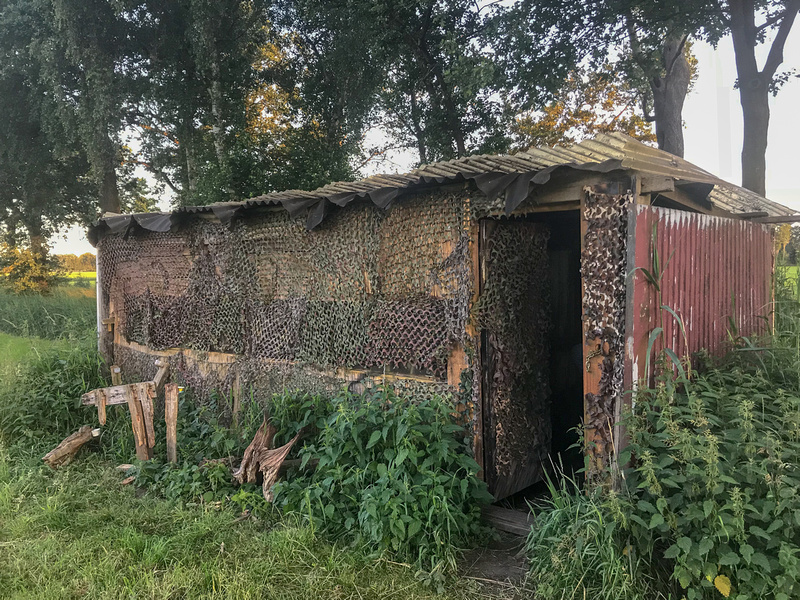 The hide (with space for 4 photographers) is just in front of the 3 trees and is well camouflaged. Given the position of the hide to where the owls are positioned I chose to use two different lenses. The first lens was the 100-400mm f4.0-6.3 lens, and the second was the new 200mm f2.8 lens with the 1.4X teleconverter. There was a good reason I chose these two different lenses. The 100-400mm f4.0-6.3 is a great lens for getting tight portrait shots, zooming in on the detail. However as the owl activity is late afternoon/early evening the light slowly but surely fades during the session. Therefore the 200mm f2.8 gives me a little more flexibility with some extra stops when shooting in aperture priority mode and at high iso's.

Once set up, it was a waiting game. And it wasn't long before the owl's started to come in to the fixed positions just in front of the hide. 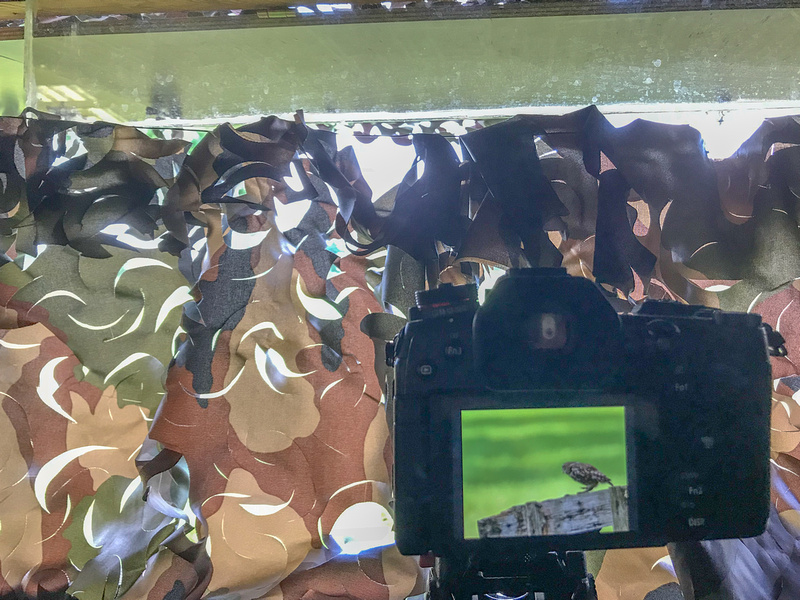 Little owls fly incredibly fast, and because of their size and weight they do not have the same flight pattern as a larger owl. They don't dip significantly on take off, but they do arc on landing. After watching the owl come in and land I decided I wanted to try and get a fast burst sequence of images to show the flight and landing of the owl on the fence post.

To do this, I put the G9 into it's dedicated high speed burst mode which is located on the dial switch with the red ring. It is the function marked with "II". I then selected an aperture that would give some latitude for when the owl would actually land. Knowing that the owl would probably land at a very slight angle and outside the focal plane of the fence post, setting to an aperture of f7.1 or f8 gives some room for manoeuvre with regards to the focus point. I then used the live view mode. This allowed me to keep an eye on the action, the trees to the left of my position where I could pick up the owl flying in. Once I saw the owl was incoming I was able to time my burst to get a series of frames when the owl landed. So what did the results look like? Well here are 15 frames of the 20 frame burst where I was able to pick the owl up in frame. 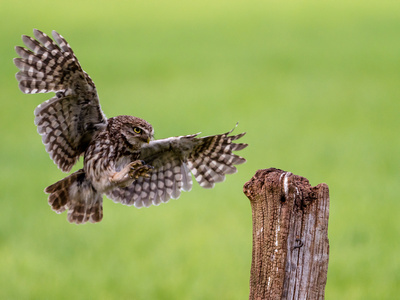 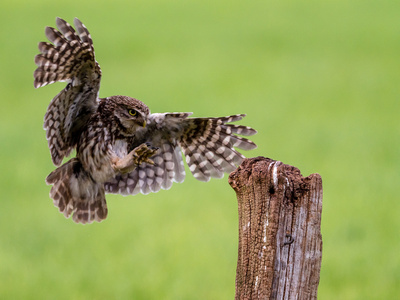 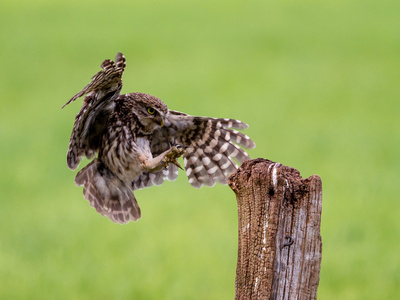 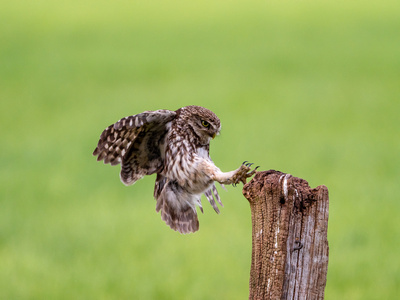 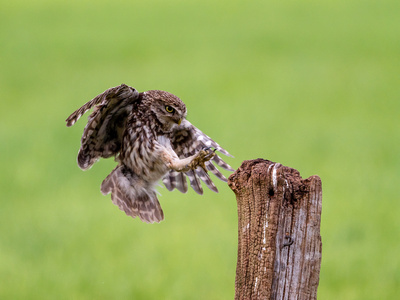 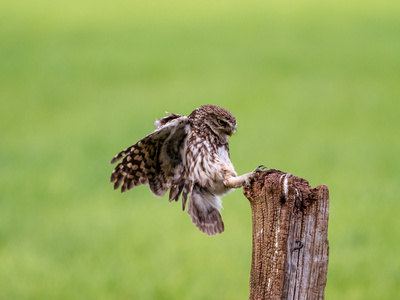 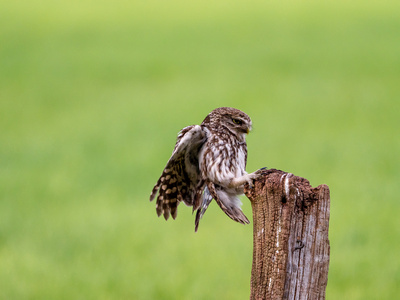 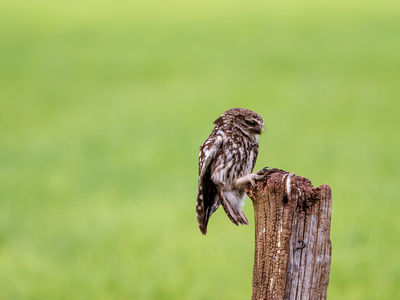 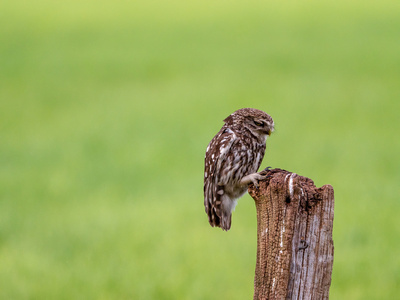 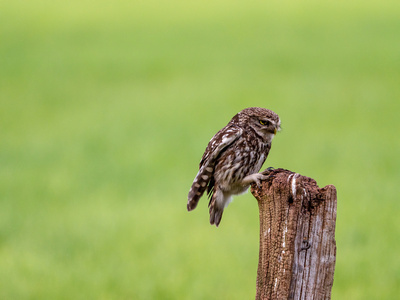 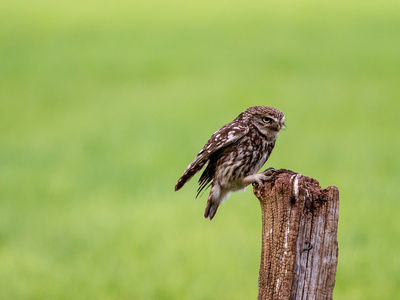 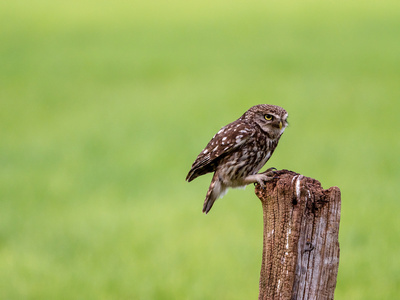 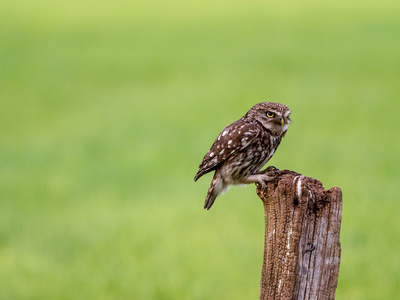 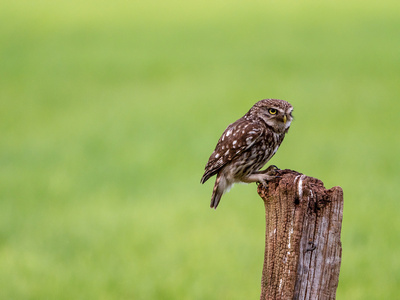 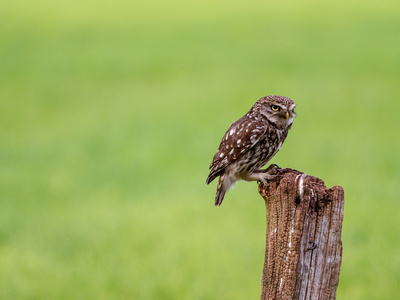 The results are impressive. There are many scenarios I can think of where the high speed burst mode can be used in wildlife photography. Obviously any scenario where there is action or interaction between species this shooting mode will really excel. But what makes it even more powerful is the ability to capture a sequence of 20 images in super fast succession, allowing for plenty of options in post development. Not only does this mode allow me to have options in terms of selecting one or more images from a sequence, but I have the option of providing a full sequence itself. And in instances where there is fast moving wildlife, this is a powerful tool to have as many picture editors in particular are looking for that one moment that defines a specific wildlife interaction. The challenge using this mode isn't the camera skill required to use it, but the anticipation at any sighting to know when to use it and execute. It is important to remember that as it is a very processor intensive activity, using high speed burst will fill the buffer. And so you will have to first use a very fast SD card, and secondly be patient that the buffer clears before you can start shooting again. The mode works great for situations where you know and can anticipate the behaviour of the animal. Like the little owl, I knew the flight was going to be fast, followed by a period of inactivity on the fence post. However if you had something more exciting like a lion fight, this might be an interaction that continues over a much longer time than the burst speed represents. So as the buffer clears you might miss parts of the action. So this is something to keep in mind, and like all features of a camera, recognise that it is a tool for a specific purpose and job and so should be used accordingly.