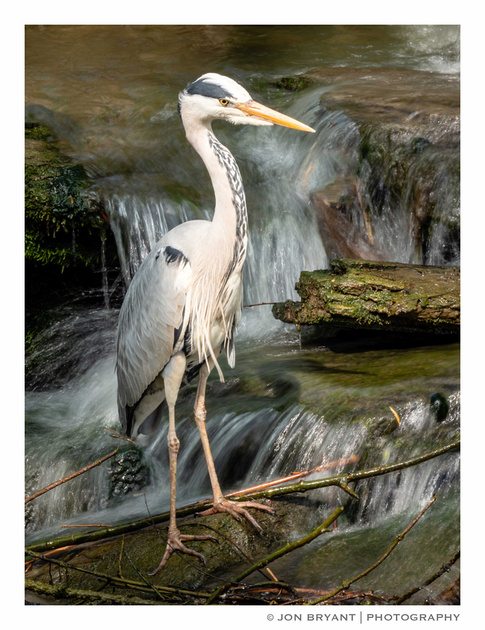 One thing I learnt very early on in Wildlife Photography was using fast shutter speeds to get sharp shots. The easiest way to do this is to shoot in Aperture Priority. By using Aperture Priority mode, you set your aperture, based on your own choice for the scene; the depth of field you wish to use. Then you change your ISO and in doing so the camera compensates the shutter speed based on the exposure reading. You can then use exposure compensation to under or over expose as necessary. By increasing the ISO, the cameras sensitivity to light increases and the cameras shutter speed increases. This allows for sharp shots. By using a fast shutter speed, it also helps avoid camera shake which can occur when shooting handheld, especially with heavier camera bodies and lenses. This is why you will often see wildlife photographers using large tripods and gimbal head mounts to be able to stabilise the camera and eliminate camera shake and gain greater stability. Because wildlife photography is so dependent on natural light, it may seem counter intuitive to shoot in aperture priority mode, but in fact, most telephoto lenses have variable apertures, typically ranging from f4.0 to f6.3. In low light scenarios opening the aperture helps gain more light, but has an impact on a shallower depth of field. However at the long end of a telephoto lens, you will always be limited to the threshold (typically f6.3), and hence your are forced to increase the ISO to increase the sensitivity and have a chance of taking an image. The rule of thumb for sharp shots is that the shutter speed should be 2X the focal length. So for a 400mm focal length, the shutter speed needs to be at least 1/800 of a second.

So what happens if you slow the shutter speed down? First more light will enter the sensor and so the image may be over exposed if the aperture isn't closed down. And for moving subjects motion blur will occur. And as most wildlife subject will move, the result is normally a blurred shot. But is there a way we can use this dynamic to our advantage creatively? The answer is yes. But you need to know your cameras features.

Shooting micro four thirds (MFT) with the Panasonic Lumix system has some distinct advantages. I shoot with the Lumix G9 which has 5 axes in body stabilisation. The other advantage is that with the smaller sensor, I get more focal length "throw". Meaning that an MFT lens focal length is 2X the equivalent full frame focal length. So at 400mm with an MFT lens, I'm effectively at 800mm on a full frame camera. That means I can fill my frame much easier. Now add to that the Lumix lenses have Power O.I.S - image stabilisation in the lens, you have two stabilisation systems. So what? Well take the image at the top of this post. What do you notice about it? The water in the stream has motion blur. Instead of shooting Aperture Priority, when I saw this Grey Heron, which was static on a rock, I switched to Manual mode. I lowered the ISO to the minimum (100), I increased the Aperture to the maximum f22, and I dropped my shutter speed to 1/13th of a second. Because I had a static subject, with a moving back drop (the water), and two stabilisation systems in the body and the lens, I was able to take this image handheld. I used the excellent 50-200mm (100-400mm equivalent) f2.8-4.0 lens. This lens combined with the G9 is a very lightweight system, and easy to hold in the hands. It is considerably lighter that traditional DSLRs allowing minimal camera shake when shooting handheld. The result is a pin sharp subject, with a dynamic moving background.

Whenever I see a scene with a static subject and secondary moving elements I immediately think creatively. Knowing that my G9 and Lumix lenses have image stabilisation, I am very confident that I can shoot a creative image handheld with the combination of static and moving composition elements. The camera system opens up creative possibilities other camera systems just don't allow.

Not ever wildlife image needs to be pin sharp throughout. If you know your camera features in depth, you can use them creatively to take more interesting and compelling wildlife images.