The GH5 has arrived - my thoughts as a wildlife camera. 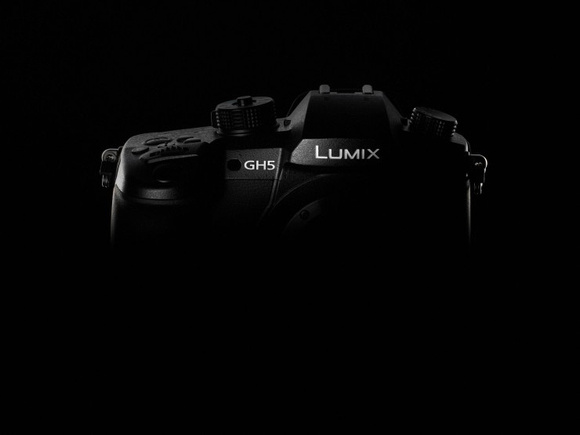 I was fortunate enough to have a "hands on" with the camera at Photokina in October, and then shoot with it in Japan in late November when Panasonic invited their ambassadors to Osaka to get familiar with the camera and do some pre launch shooting with it.

So what do I think?

The GH5 is the natural evolution to the GH4 without making the GH4 redundant. When I bought my GH4 just after launch I was so blown away by it, I didn't feel the need to keep my GH3 and therefore decided to sell it. With the GH5, I see that becoming my A camera with the GH4 a worthy B camera as a back up for shoots and trips. Why?

For a long time now, I was frustrated that there wasn't a camera out there that was truly delivering quality stills and broadcast quality video with 4K acquisition for wildlife photography. The GH4 comes close, ad certainly is a great camera for video, but requires a few caveats to maximise it's potential. When I travel to Africa I want one system with a range of focal lengths that allows me to shoot stills and video without having to make any compromises. The launch of the 100-400mm f4.0-6.3 lens by Panasonic has been an absolute game changer for wildlife photographers. Now with the GH5 the bar is going to be raised further, and whilst the video specs will get the lions share (no pun intended) of attention, I am even more excited about what the GH5 can do as a stills camera.

Key specifications for the GH5

From that long list what really caught my eye when in Japan was the following:

5 axis dual image stabilisation - this makes handheld shooting in video mode an absolute dream. Something that has always been a challenge for me when sitting on a bumpy game drive vehicle in the bush. I've spent a lot of time and money developing a suitable transportable mounting system for when I travel to shoot video and with the dual image stabilisation this is going to make things a lot easier. This will also be a game changer for handheld stills shooting in wildlife photography. The image stabilisation on the 100-400mm f4.0-6.3 lens is already impressive but to have camera body stabilisation combine is going to mean a wider window of opportunity to shoot stills, especially in lower light conditions. Morning and evening game drives always present challenging lighting conditions, with the image stabilisation it will mean I'll have more confidence to drop my shutter speeds without compromising camera shake and focus.

3680k 0.76x OLED EVF - this really has to be seen to be believed. When looking through the viewfinder it makes going back to the GH4 and other cameras difficult. The resolution is so crisp, it makes you feel like you are actually in the frame. It's an incredible addition.

Improved AF speed using new DFD tech - this only tells half the story. The design of the GH5 is slightly changed. There is now a joystick included next to the focus lock button. This means I know have the ability to control the focus point via the joystick. I shoot with back button focus, so with the GH5 I know have a truly pro-end focus system at the tip of my thumb. I think one of the reasons why for so long mirrorless systems have struggled to gain adoption in the wildlife photography segment is because they have been perceived to lack the pro features. With the addition of this joystick button and the increased number of focus points (225 auto focus points) the GH5 is more than capable of competing with the big boys when it comes to a pro end level stills camera fro wildlife photography.

Dual Card Slots (UHS-II U3) - a great addition especially for those of us who travel and want to back up, but also if we want to partition our stills and video clips to different cards.

6K photo - this feature pushes the boundaries of the 4K photo mode that Panasonic have already pioneered. In Japan I didn't use this feature at all as I played more with the stills and video. However I am very keen to get hands on with 6K photo, this enables the extraction of an 18MP still image. From experience I know that there are certain situations where I have had to make a decision on whether to shoot video or stills at a sighting. Now with the ability to hit the record button and come away with a video clip and the ability to extract a still (/stills) image(s) from that clip, I no longer have to compromise.

There is an optional XLR unit which also allows professional XLR audio microphone input. This is a great addition and the design is superb, sitting just on the hot shoe of the camera. The smart bit from Panasonic is this adaptor is compatible with the GH4, so GH4 shooters that want an elegant audio solution now have that option.

Although I had limited time with the camera in Japan, I was seriously impressed. In fact I would go so far as to say it's the camera I have been waiting almost 2-3 years for. The price point makes it extremely attractive compared to other cameras offering a similar level of specification. The form factor is more or less the same as the GH4, slightly bigger but not too much...but compared to the other go to wildlife cameras such as the 5dmkiv/D800, the form factor of the GH5 remains liberating. Put this into context, my GH4 with 100-400mm f4.0-6.3 lens comes in at around 1.3-1.4kgs. The GH5 with that lens isn't going to weight much more. That means that handheld shooting with a 200-800, 35mm equivalent focal length is still going to be a doddle compared to Canon/Nikon equivalents. For me this is a camera that will once again be enthusiastically embraced by video shooters. But I believe that as a stills or wildlife photographer you would do well to give this camera a good look. It packs a serious punch, and whilst I expect in the coming months much of the noise will continue around the video feature set, I'm excited to put it through its paces on the stills/hybrid video side of things.

If you have a question about the camera feel free to leave a comment and I will do my best to answer.

David millar(non-registered)
How wonderful video post! Really awesome thank you so much.
Earthwhile(non-registered)
For 30 years I've been In the video business, the last 27 mostly nature, wildlife and environmental themes. This camera should be the answer to my needs more than any hybrid camera I've had during the last 6 years or so. Finally we get the same level of IBIS in a Panasonic GH camera that Olympus has had for a few years. I've read plenty of reviews lately, however that say bad things about certain issues with the AF system. Hopefully updates work them out. I haven't looked further on your site to see if you've actually bought one and would like to hear your real-life observations. When I get mine, I'll be glad to share my thoughts.
No comments posted.
Loading...
Subscribe
RSS
Recent Posts
2023…an update The Lumix 200mm f2.8 lens: when to use it? Having to work hard to get images The story behind the frame Minimalism - a trend for the current times Mes 9 meilleures images de 2019 (et premier blog en français!) The much overlooked Panasonic 14-140mm f3.5-5.6 lens A very personal blog: Mental Health and Photography. Dune fox success! Getting up close to dune foxes with the Leica 50-200mm f2.8-4.0 lens The search continues: dune foxes
Keywords
Photography Wildlife Nature Animals Africa Panasonic landscapes Lumix Birds wildlife photography
Archive
January February March April May June July August September October November December
© Jon Bryant Photography
Powered by ZENFOLIO User Agreement
Cancel
Continue