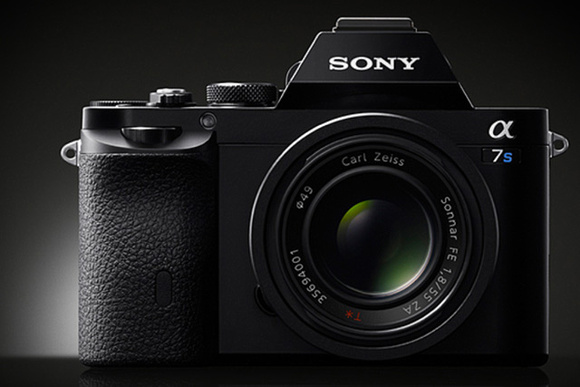 I fell backwards into photography coming from a background in video. I therefore follow a lot of what's happening on camera technology with my video hat on. And we are currently in a very exciting time. Video DSLRs spurred a revolution in convergence between video and stills photography. The market then split as the camera manufacturers pushed to position high end cameras with interchangeable lens systems. Canon launched the C300, C500 and C100, Sony launched the FS100, FS700, F5 and F55. Panasonic after taking the 1st to market position with the AF100 haven't done much since. And Blackmagic….well, let's not go there! These higher end cameras came with a higher end price and sometimes flawed feature sets. But it created a division between the pro's who could justify the investment and the "rest of us" who were left frustrated with the current crop of DSLRs.

Shooting video with the DSLR form factor has its pros and cons. You have the main issues of no ND filter, having to use a vari-ND, quality audio recording and monitoring in camera, and shooting low light. The advantage with video capable DSLRs is the large sensor size. I've shot wildlife on video with DSLRs. It wasn't the easiest thing to do in a jeep going off road for big game sightings. You have to have a good rig set up and be ready to switch lenses out real quick - that's not ideal. But in challenging light, you face the same issues as a still photographer. Either you put a prime on and manage your iso - far from ideal for wildlife. Or you stick with your zoom and push your iso to its limits, bringing noise. But I have also shot wildlife with a pro-video camera. Whilst a pro-video camera has everything needed and is much easier to operate, the smaller sensor means the level of noise is even worse than DSLRs. And unlike stills where you have Lightroom as a more than capable tool to treat noise, with video editing its more challenging.

Now with that said, the video world is moving towards 4K. I am not going to get into the debate about 4K consumer adoption here. Whether you like it or not 4K is here to stay despite the lack of 4K capable viewing options! But the result is more 4K capable video cameras. Two consumer level 4K cameras have just been released. The Panasonic GH4 and the Sony A7S. I have the predecessor of the GH4 the GH3. And so I was excited about the prospect of stepping up to 4K for a relative small outlay (it retails at £1299 - this is a ridiculous price!). I have been looking at the early tests of the GH4 and everything looks good, with the exception of the low light capability.

Dan Chung and Matt Allard run the Newsshooter.com website - this is an excellent resource, and the guys do great work for the community. Matt was just at Broadcast Asia and had chance to shoot with the Sony A7s. He posted this low light test, and I have to say this looks insane! To unlock the 4K capability on the Sony A7s, an external recorder is required, it does not record 4K in camera. However this isn't the first thing that peaked my interest in watching this video...

What peaked my interest was the fact that this camera has unbelievable low light capability for video AND stills. As wildlife photographers, the challenge we always face is changing light conditions. A big game safari starts at 6am before sun rise, and your second drive of the day ends at 7pm when the sun has already set. So having a good "low light" camera is a serious advantage. What is even more incredible is how Matt was able to stop to f11 and f12 and shoot at 10,000 and 20,000 iso with almost no visible noise. This excites me enormously.

I shoot Canon. When I bought into the Panasonic GH3, I needed to buy into a new lens system; the micro four thirds system. There are some caveats with that system. The sensor being micro four thirds means that creating a shallow depth of field is more challenging. But overall for travel, the system is small compact and lightweight and this is a huge advantage. There is no affordable way of using Canon lenses with a micro four thirds mount today with the auto focus system connected to the camera...

The Sony A7s is an E mount system. There are third party affordable lens adaptors (Metabones being the main offer of adaptors right now) that allow you to mount and control Canon and Nikon lenses. This is huge! This means that if you move to the Sony A7s and you have Canon or Nikon glass, you can put it on the Sony A7s body. I have no idea what the performance is like for auto focus and so on, but the fact that you don't have to buy in to another lens system is a plus.

The Sony A7s is not yet launched, it will be available from Q3 this year and will retail at around £2100. This is up there with the price of a Canon 5DMkiii. I am very keen to find out if the Sony A7s could be a serious contender for wildlife photographer. And I am very excited that developments on the video side of camera technology are going to benefit stills photographers.

From what I am seeing, the potential to put the small compact camera in my ruck sack combined with an external recorder monitor and my go-to Canon lenses - and then shoot incredible low light stills and 4K video, it is a mouth watering prospect. But for £2100, I really would like to try before I buy….and unfortunately there are few models out there in the retail space to do so. My advice would be to wait until the rental houses have them, then take them for a test run before deciding to buy. That's what I will be doing!